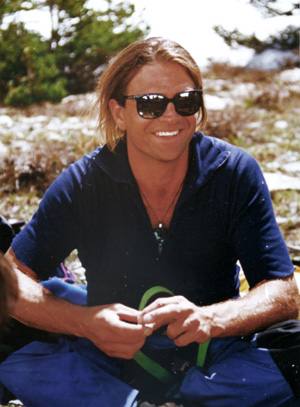 Matt was hooked on climbing after his first climb in the Tetons, a spring ascent of Teewinot. He began climbing in 1983, guiding in 1991, and working with Exum in 1995. While the Tetons were his home base, he’s climbed in Yosemite, throughout the western U. S., the Alps, Nepal, Norway, Central and South America, and Alaska, including a 30 day ski traverse of the Wrangell Range. Beyond Wyoming he taught climbing for the U. S. Army, and guided climbs of Aconcagua and Denali. For many years Matt worked as a year round wilderness and mountaineering guide, a wildlife tour guide, avalanche instructor, and environmental educator. Recent years are filled with smaller adventures, time with family and friends, designing and building his own house, and as a volunteer firefighter in Jackson. But he loves climbing and looks forward to many more ascents.

Matt in the News