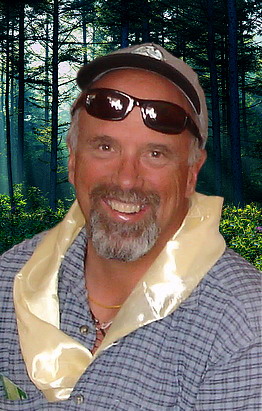 Jim in the News

Jackson local Jim Williams could truly be called a guide’s guide. Simply, there’s no one better, nor more experienced. With a career that has spanned three decades, all continents, and many of the world’s hidden corners, Jim has forgotten more campfire stories than most of us remember. Competing equally with stories about his far-flung accomplishments is his renown as an extraordinary chef.

Jim’s lifelong intrigue with world cultures and place inspired him to found Exploradus, an exploration travel company dedicated to exploring remote areas of the world, both for their natural, as well as cultural, beauty. In the summers for the past 25 years, Jim has covered the territory of his own backyard, guiding clients up and down the Grand Teton with Exum Mountain Guides.

Over the course of his career, Jim has led major expeditions to Chile, Peru, Africa, Bhutan, China, India, Nepal, and Tibet. In 1989, he was the co-leader of the initial Ski Expedition to the South Pole, the first overland crossing to the South Pole from the South American side. Because of his familiarity with the extreme landscape and hazards of the Antarctic, he was selected as one of the leaders for the first commercial crossing of South Georgia Island along the route taken by Ernest Shakleton on his epic Endeavor expedition.

Mt. Everest, Nupste, Lhotse, Mt. McKinley, Ama Dablam, Carstenz Pyramid, Elbrus, and Aconcagua—Jim has guided them all and more. His summit of Mt. Everest in 2000 with clients inspired him to become the first person to successfully guide all “Seven Summits”, the highest point on each of the Seven Continents, in less than one year.

Jim has been honored numerous times for his prowess and dedication: recipient of the National Park Service Search and Rescue Award – 2003; Named a member in 2005 of the “Durable Dozen” in Best Life Magazine (along with Ulysses Grant, Ernest Shakleton, Chuck Yeager, and others) for Seven Summits guiding achievement; the prestigious Explorers Club – 2009 Lowell Thomas Award; and the 2009 Exum Award for Excellence in the Art of Guiding Jim is also an AMGA Certified Alpine and Rock Guide.